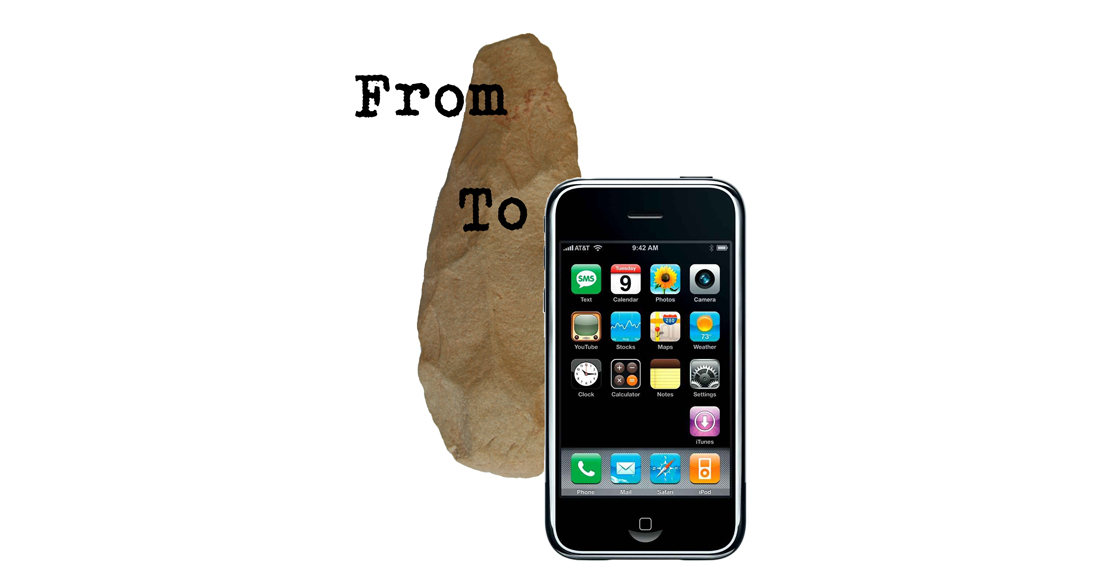 This post discusses the tree of life metaphor in relation to man-made goods and includes a proposed figure depicting the evolution of man-made goods.

For a long time I have been fascinated by both evolution in biology and innovation in technology. In 2010 this led to the start of a PhD research project with the title ’Technological Innovation as an Evolutionary Process’. It soon transpired that I was not the only one following this trail of thought. In 1988 Basalla published a book titled The Evolution of Technology and in 2000 a book edited by Ziman with exactly the same title as I used for my project was published (with a paperback edition following in 2003). In addition to this I soon came across a paper titled ‘The evolution of science policy and innovation studies’ by Ben Martin that reviews the growth of a body of knowledge that closely relates to my field of interest. I was therefore able to draw on a significant and growing body of literature.

The thoughts posted below predate my above-mentioned research project. I am sharing them here because I consider them to be relevant to the debate on evolution in products and because they have helped create an interesting figure. The start of a my train of thoughts that led to this figure (2) were a number of observations that anyone could have made on the topic of evolution and innovation.

For biology the tree of life, based on Linnaean classification, was initially the generally accepted way of portraying the evolutionary journey from the first forms of life to the most recent ones. More recently this Linnaean tree has been replaced by the phylogenetic tree, which is based on measuring genetic distance between species.

In the last few decades, a lot has been discovered and written about the first tools used by our ancestors. These publications tell us that the first of these stone tools were used at least 2.5 million years ago. Before I started my PhD project, I asked myself the question of whether there could be a ‘tree of life’-like way to map how products evolve (note: I deliberately use tools and products interchangeably but they mean the same). I wondered if one could draw a tree-like diagram that starts with stone tools and then connects up to modern tools like the smartphone.

The first of these stone tools were used at least 2.5 million years ago

Products are not living entities and do not have genes that can be read or measured. Knowing that the study of memetics did not provide any insights that would make it possible to draw family tree diagrams first suggested that it made no sense to search for such a framework for products. However I did not want to be discouraged so soon and set out to find out if it would make sense in the context of mapping different types of products through time.

For the vertical time axis I used a logarithmic scale because there has been a tremendous amount of development and increase in complexity in recent times, while the further back we go in time, the slower the pace of development and the lower the complexity. On the vertical time axis I added coloured horizontal lines marking transitions/changes in the way we share information.

The first or lowest coloured line is intentionally positioned quite inaccurately. The reason for this is that there is no scientific consensus as to when to date the origin of human language. Human language does not leave fossils, hence it is very hard, if not impossible, to find conclusive evidence of its first appearance. However, it is clear that our species has had language capabilities for well over 10 thousand years, possibly over a 100 thousand years. Some scholars argue that proto-languages evolved more than a million years ago (thus before Homo sapiens existed).
Because it is impossible at present to date the exact start of language as we know it, I have positioned it below the 100 thousand and above the one million years markers. It could just as easily be positioned a bit higher or lower.

The other markers (origin of writing on first clay tablets), first printing press (by Gutenberg) and the start of large-scale digital electronic communication (use of internet) are well documented and dated. The lines linking the first and most recent product are not a representation of actual lines of descent. Instead they are based on the idea that knowledge (/artefacts/products) is a result of accumulation and that, somehow, earlier versions therefore relate to later ones.

Figure 2 suggests that each next step change in complexity of products takes place roughly 10 to 100 times faster (with the 1st step change being inaccurately positioned). The process from first language to writing took place in the range of 10E5~10E6 years. Writing to printing took place in the range of 10E3~10E4 years and printing to full digital communication took place in the range of 10E2~10E3 years. This suggests that the next step change can be expected in a time span measured in decades to centuries, measured from the last transition (Morse code up to and including www). Possibly this is the singularity suggested by Ray Kurzweil that marks a moment in the mid of the 21st century when artificial intelligence (AI) is expected to become infinitely more powerful than all human intelligence combined. Although I admit it is highly speculative, the singularity prophesied by Kurzweil as mapped in Figure 2 might imply that we will then face another transition in terms of the complexity and sophistication of the products we produce.

If it is possible to picture a tree of products from a first type to a latest type, then it should also be possible, on a smaller time scale, to picture the lineage for a particular type of product

Besides the above suggestion relating to AI, for which I had no intention of investigating in any greater detail, I now had a sort of first ‘tree-of-products’, but no clue as to whether it actually makes sense to picture the evolution of products in a tree-like diagram. To investigate this, I set my self a more manageable challenge. If it is possible to picture a tree of products from a first type to a latest type, then it should also be possible, on a smaller time scale, to picture the lineage for a particular type of product. Thus, instead of starting at the earliest beginnings (for which there is very little easy to access information, if at all), this would mean starting with some existing products (for which lots of information is available) and then working backwards. I invite anyone who is interested in seeing what this resulted in to read ‘On the Origin of Products’. This book explores the topic of ancestry in products and proposes a framework (the Product Evolution Diagram) to picture how particular products emerged and evolved through time.

3 thoughts on “Tree of Life”